Magnificent Graduations with an International Footprint for the graduates of NYC Group in Athens-Thessaloniki, Prague, Tirana.

Dr. Bernard Kouchner, co-founder of Doctors Without Borders, founder of Doctors Of The World and f. Minister of Foreign and European Affairs of the French Republic, was the keynote speaker at the graduation of NYC and awarded the degrees to graduates configure 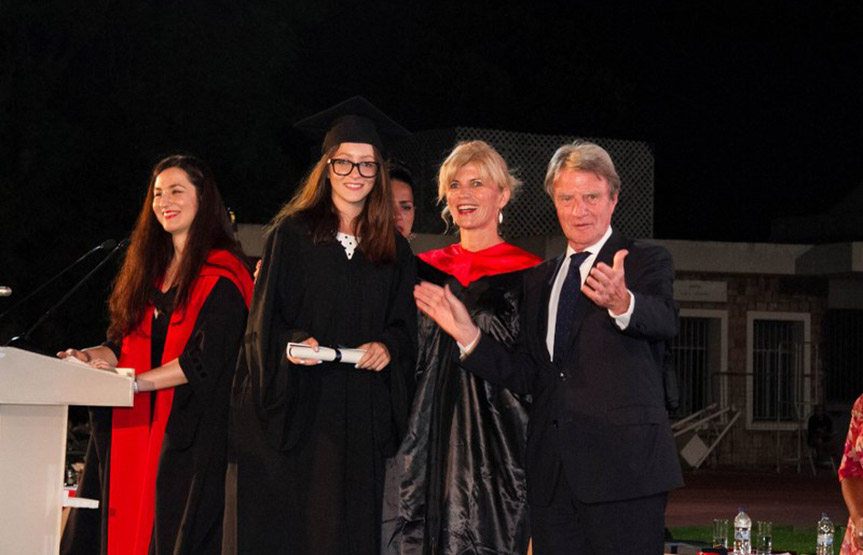 New York College (NYC) organized its annual Graduation Ceremony at the National Gymnastics Association in Athens. Academic representatives of partner universities awarded Graduates Bachelor's, Master, and PhD degrees, having carried out their studies entirely in Greece. These representatives included Dr. Alfred Ntoko Provost of Academic Affairs of the State University of New York-Empire State College, USA, Mr. Timothy Barry Director of Partnerships and International Faculty of Engineering and Science of the University of Greenwich, UK, the President and Vice-Chancellor of the University of Bolton, Professor Dr. George E. Holmes, and the Director of the undergraduate program in Management Ms. Isabelle Sole of Université Toulouse 1 Capitole, France.

The keynote speaker of the graduation was the Physicist Dr. Bernard Kouchner, co-founder of Doctors Without Borders (Médecins Sans Frontières), Founder of Doctors of the World (Médecins du Monde) and f. Minister of Foreign and European Affairs of the French Republic, who awarded the degrees of the University of Toulouse to graduates of NYC. Dr. Kouchner was introduced by Mr. Nikitas Kanakis, President of Médecins du Monde Greece.

Dr. Kouchner at the beginning of his speech stated that he was impressed by his surroundings as well as the graduates’ enthusiasm. In his speech about immigration and its effects on Europe, he told the graduates that they are members of the elite and as such they must show the way to others in relation to such ideals as human rights and activism. NYC Graduates also welcomed Greek politicians such as Interior and Administrative Reconstruction Minister Dr. Panagiotis Kouroumplis. Dr. Kouroumplis pointed out that the important things in life are not handed out, rather they are earned by those who do not beg and in turn is something which requires action. Professor Theodore Fortsakis, MP Epikrateias- New Democracy Party and t. Rector University Athens, stressed that NYC is one of the leading educational institutions in Southern Europe, cooperating with distinguished academic universities abroad. In addition, both the Vice President of the New Democracy Party, Mr. Adonis Georgiadis, and the President of the Union of Centrists, Mr. Vassilis Leventis, delivered greetings to this year’s Graduates.

The ceremony was concluded with the NYC Educational Group’s Chairman, Mr. Elias Foutsis, congratulating the Graduates and wishing them success in their future endeavors. The NYC Educational Group has pioneered the creation of an extroverted and multicultural environment, establishing recognized universities abroad, with graduates occupying high posts in companies and prestigious international organizations. 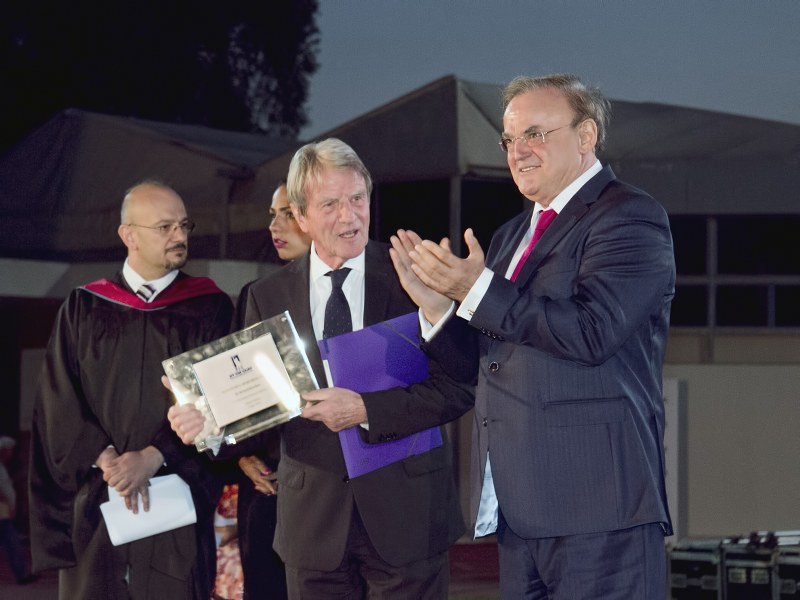 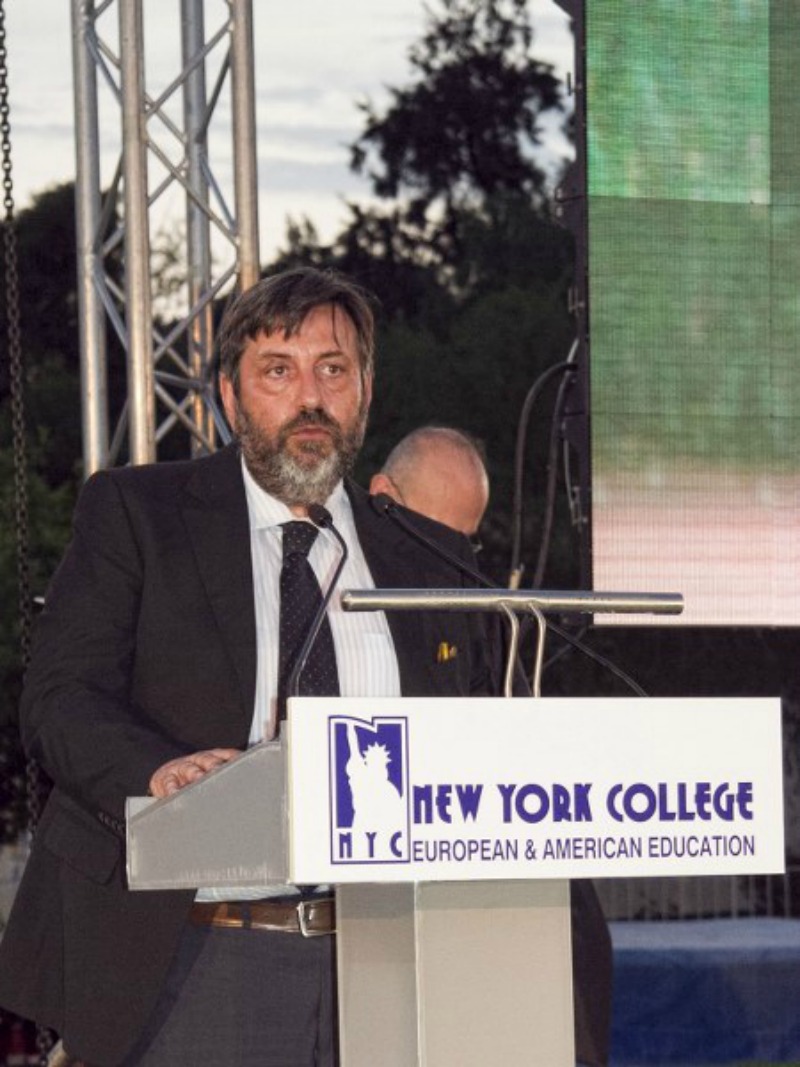 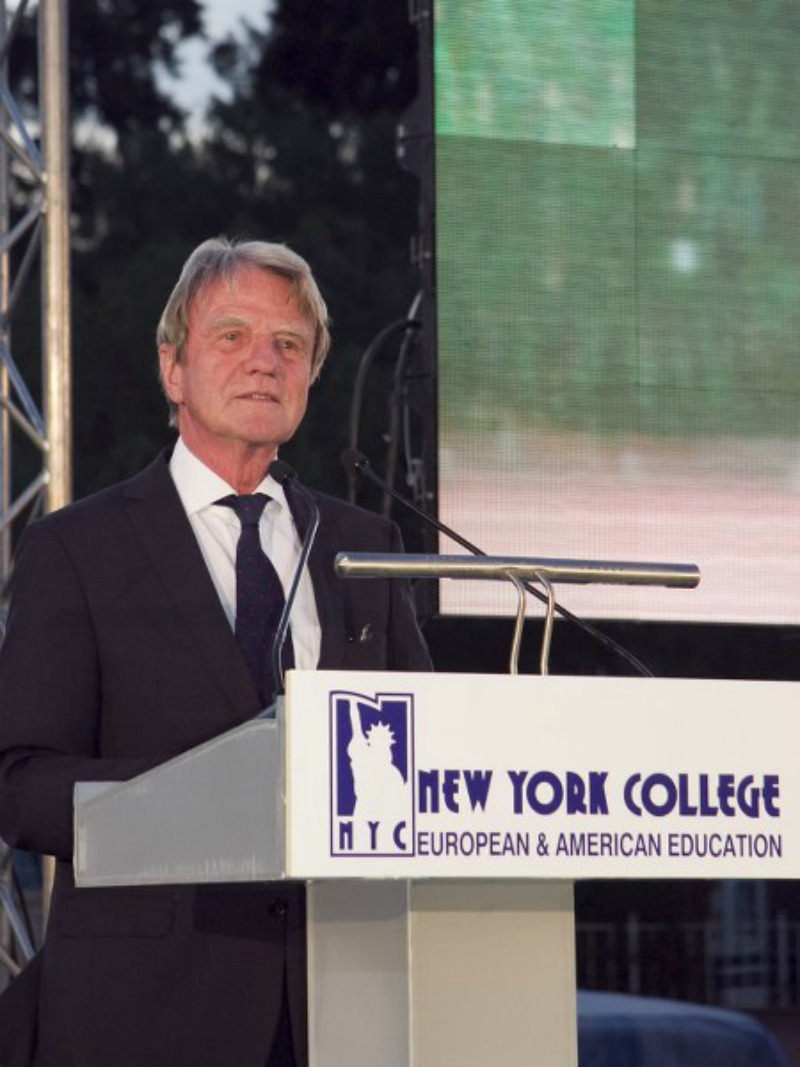 The Doctor of Medicine Mr. Bernard Kouchner, in a speech on the immigration issue in the Graduation Ceremony of New York College, Athens. 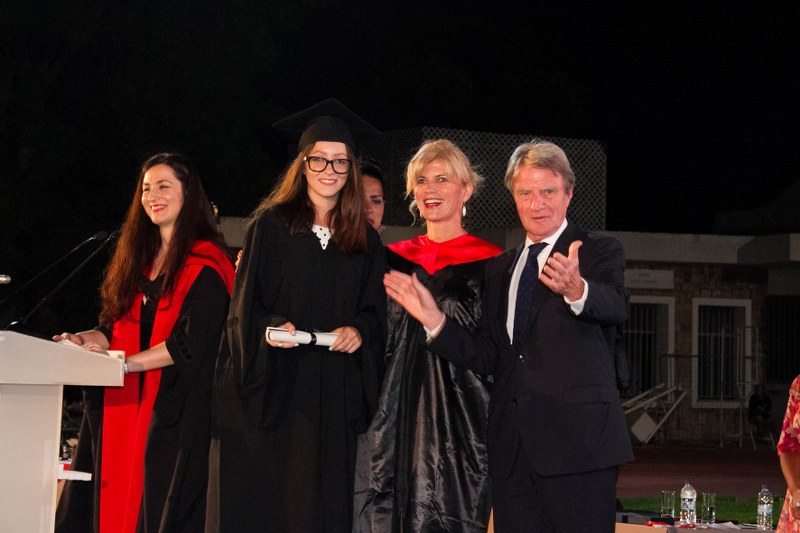 Mr. Bernard Kouchner ,co-founder of the Doctors Without Borders (Médecins Sans Frontières), Founder of Doctors of the World (Médecins du Monde) and Pr. Minister of Foreign and European Affairs of France, awarded the degrees of the University of Toulouse, France, to the graduates. 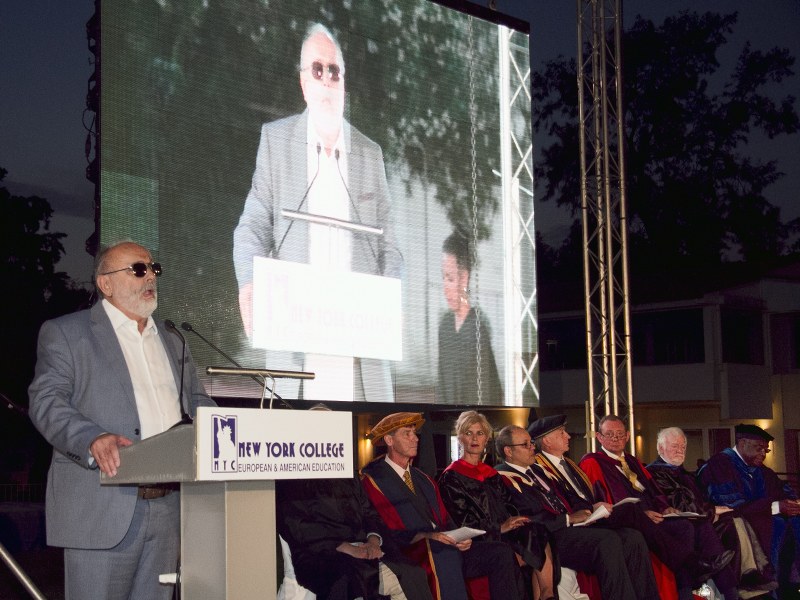 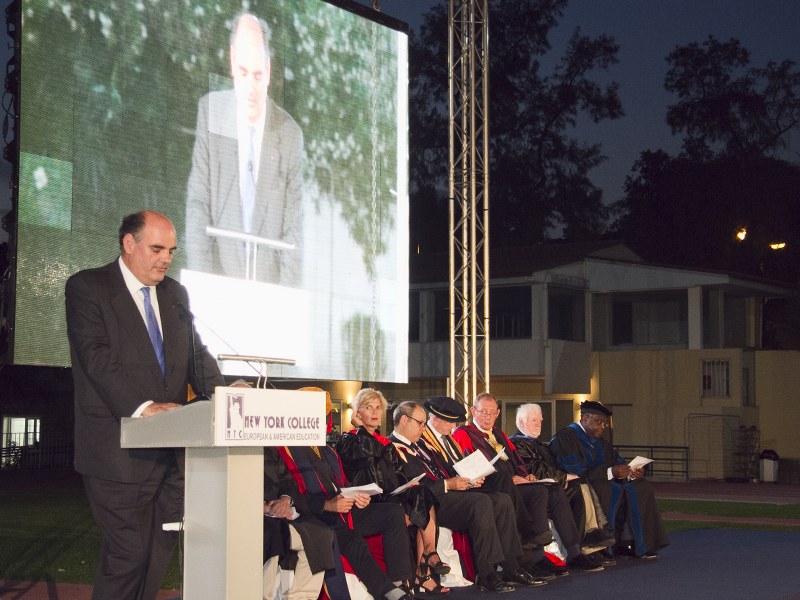 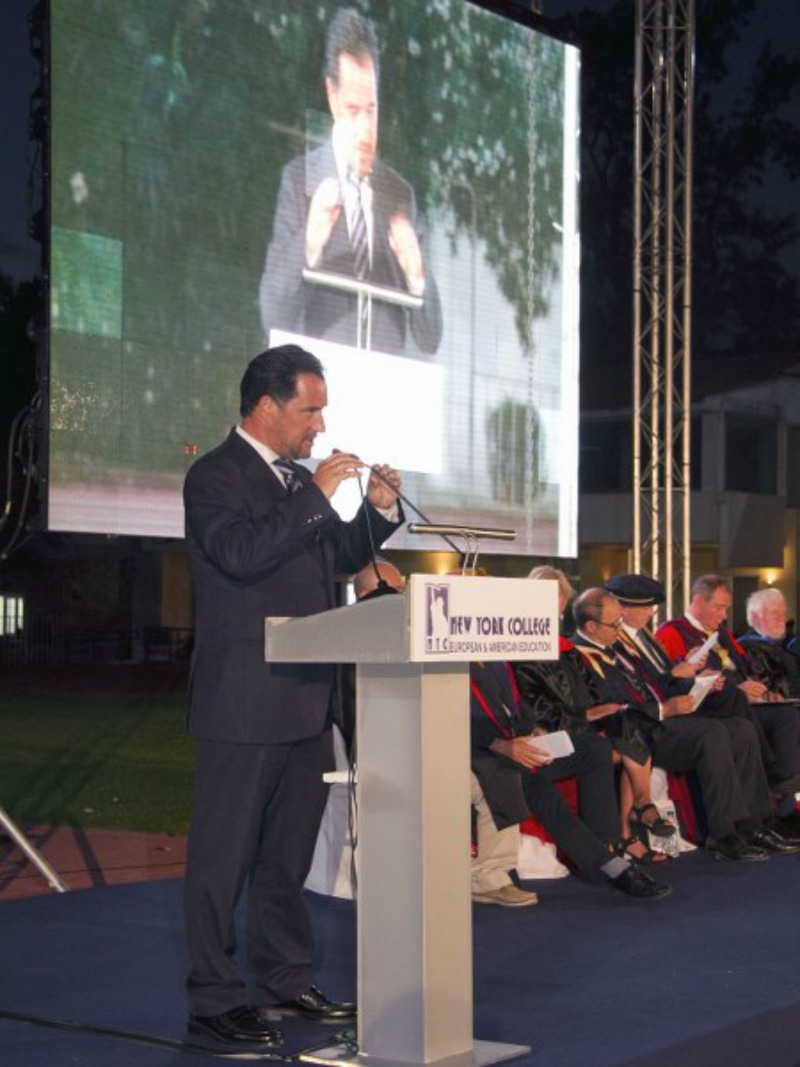 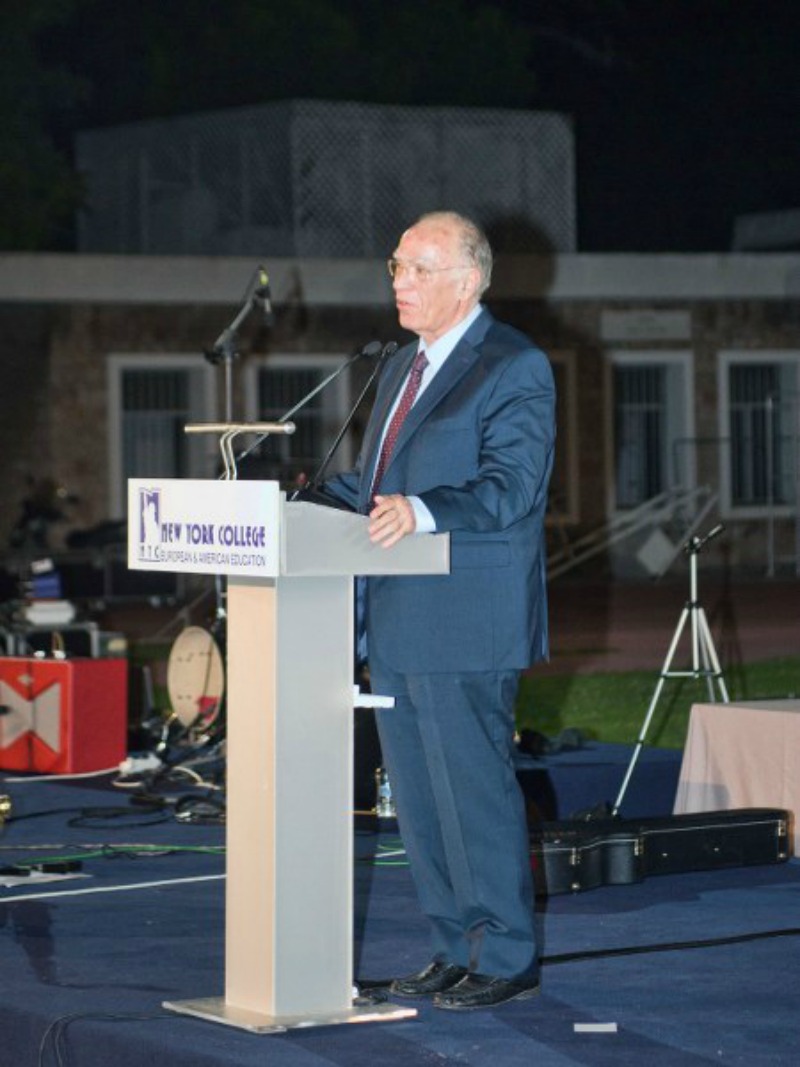 The President of the Union of Centrists, Mr. Vassilis Leventis, delivered greetings to this year’s Graduates. 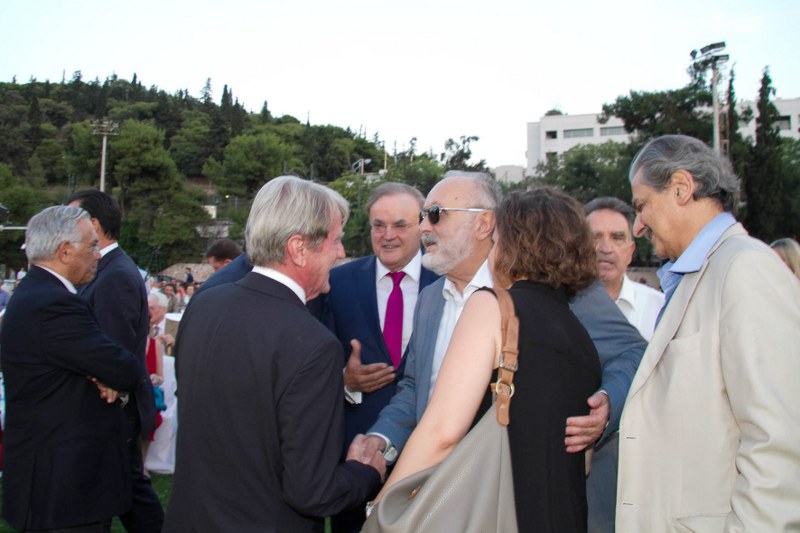 Mr. Elias Foutsi, President and Founder of the Education Group New York College with the Doctor of Medicine Mr. Bernard Kouchner and the Minister of Interior and Administrative Reconstruction Mr. Panagiotis Kouroumblis at the beggining of the Graduation of New York College, Athens. 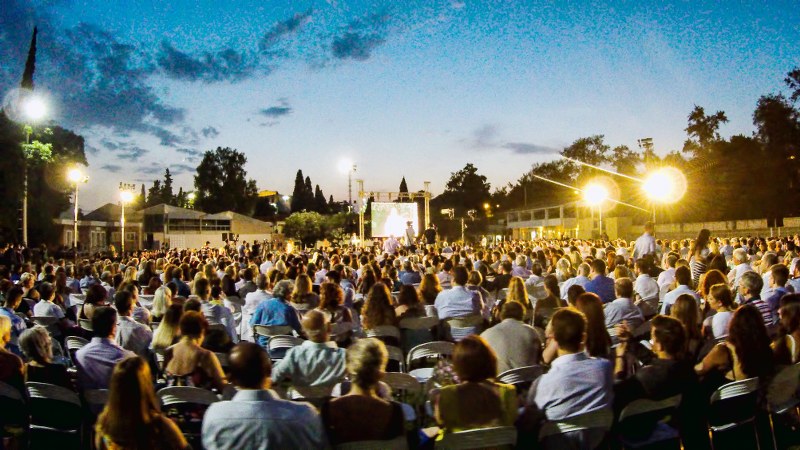 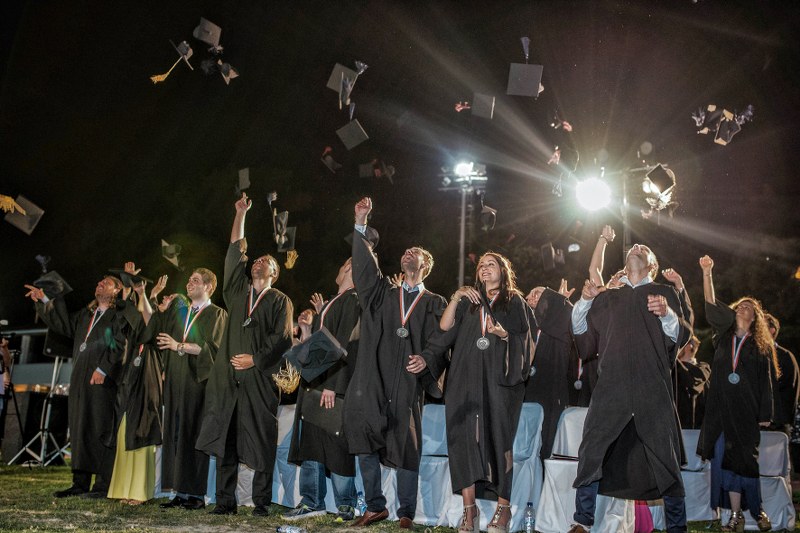