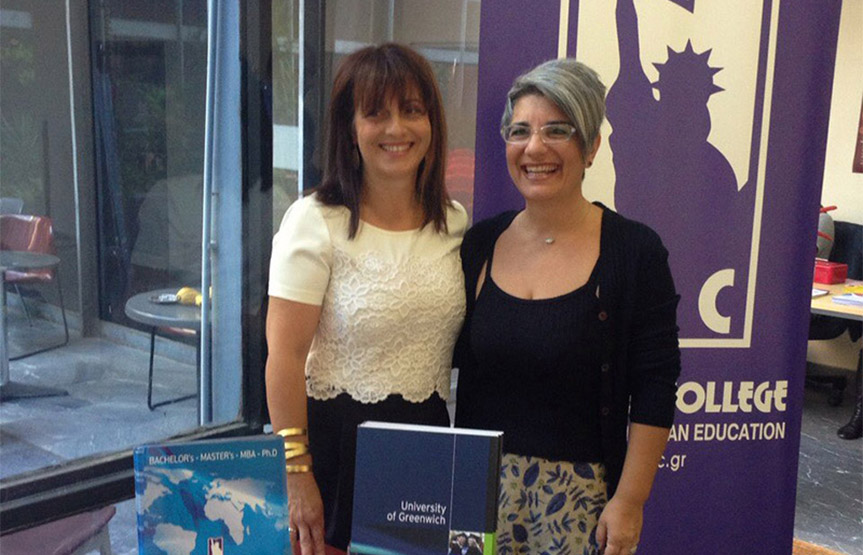 Children have only one path to learning a language

The Seminar-Workshop opened with Ms Foteini Malkogeorgou, Academic director of the English Department and lecturer at New York College, Thessaloniki Campus. She focused her speech on how children learn, what we know and suspect about Second Language Acquisition and overcoming the limitations of the classroom.

The essence of learning lies in social interaction as this is defined by the sociocultural theory; the dialectic relationship between the individual and their surroundings, artifacts, objects, and other people. Knowledge is not an entity that can be transferred from one individual mind to another but is socially constructed. Neurolinguistics research has started to provide evidence that social interaction “gates” language acquisition. Children make sense of the world and construct knowledge through interacting using their “sensory experience”, exposing them to multisensory input and giving them opportunities to ‘do’ something with the input (play, sing, act, solve puzzles etc.) is likely to promote encoding across neural networks in memory.

It has been acknowledged that linguistic competence comprises implicit knowledge and especially when regarding children, explicit teaching of the language is meaningless as children have not yet developed their grammatical automatisms. Children go to school speaking their first language (L1) without any explicit syntax while learning a second language (L2) is believed to follow a similar path to that of acquiring our L1 which is unintentional and incidental.

The classroom as a L2 learning environment may be poor in quantity of input but attempting to explicitly teach the language through descriptions of language, grammar explanations, endless mechanical exercises, memorization of lists of words, and meaningless drilling cannot compensate for this lack; on the contrary, it impoverishes their learning environment even further.

The language classroom should offer to the young learners ample opportunity for implicit exposure to the language, social interaction, relevant and meaningful input and tasks. It should build on the children’s natural orientation to meaning and communication, their cognitive development and their holistic way of thinking. The most serious limitation of the language classroom is not its physical restrictions but the limitations we as language educators set. Children have only one path to learning a language and that is acquistion.

After the talk, Maria Spiliotopoulou and Vasiliki Papadopoulou, EFL teachers,

graduates of the BA (Hons) in English and English Language Teaching programme of the University of the Greenwich (NYC, Thessaloniki Campus) volunteers at the “Young Learners’ Project” delivered a lively workshop presenting their work and involving actively their audience offering them hands-on experience of the pedagogic approach. 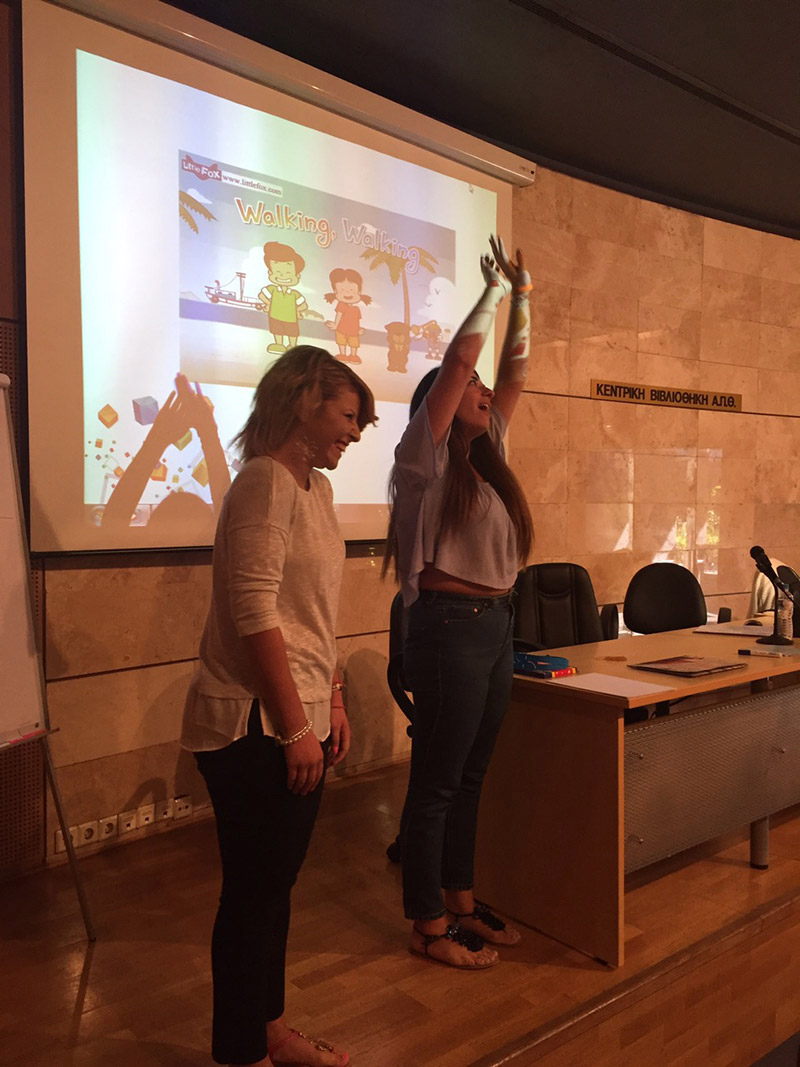 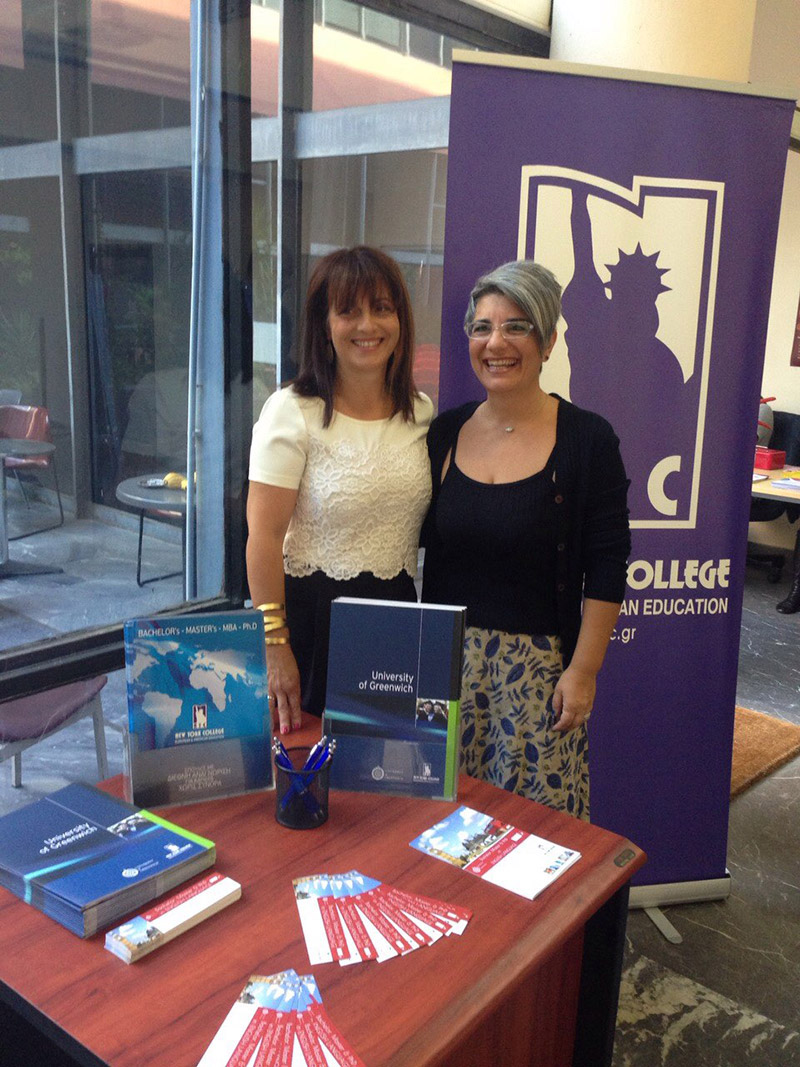 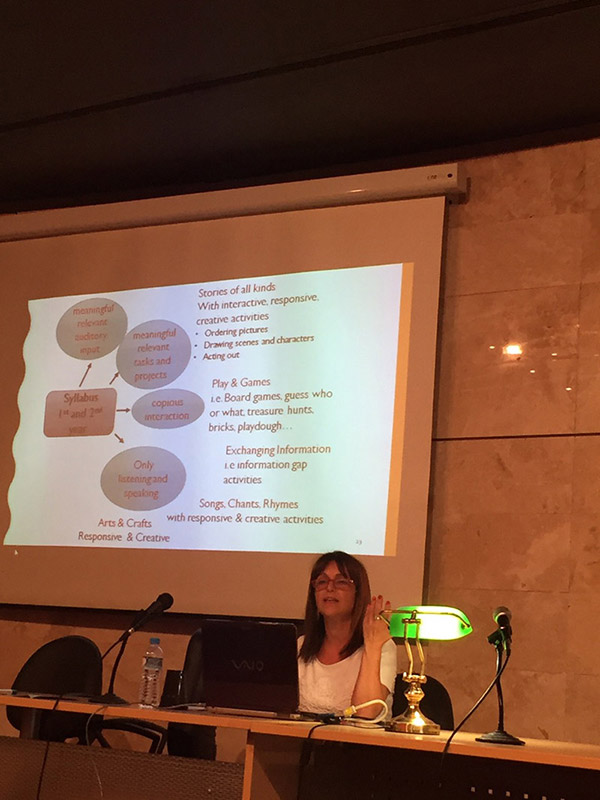 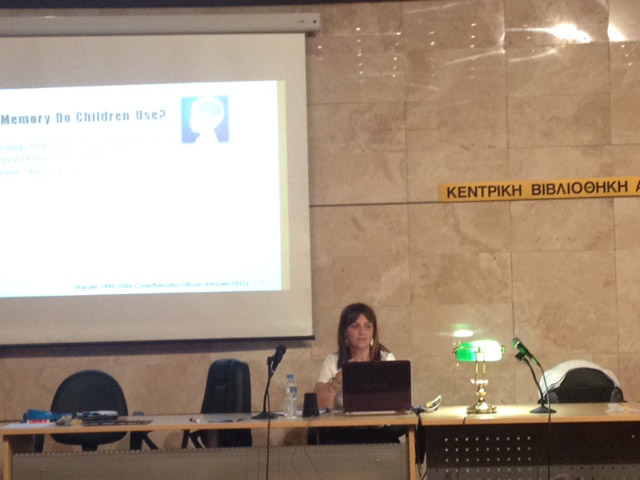