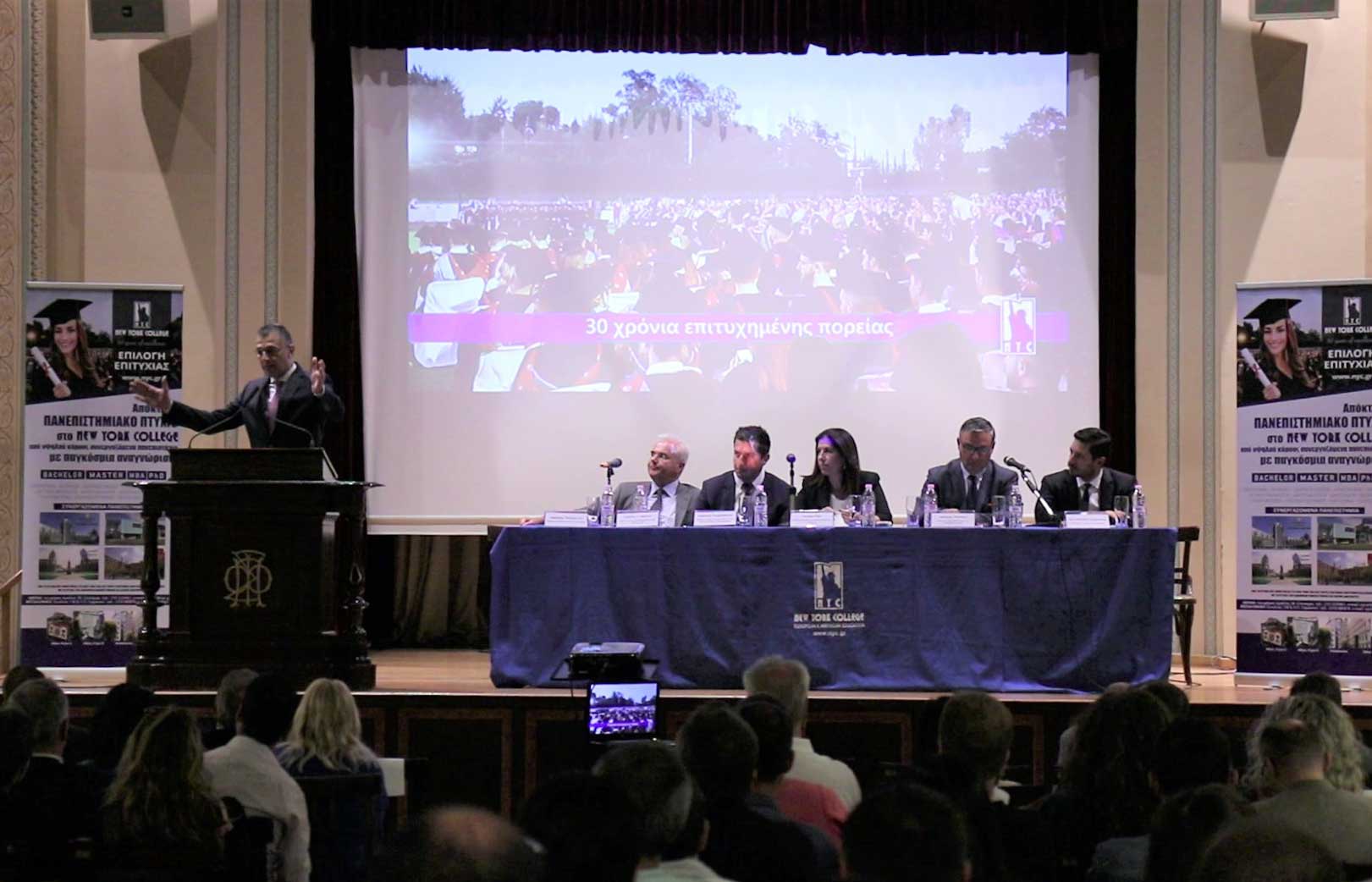 A very successful seminar entitled “Effective Public Administration: The Critical Role of Leadership” was held on Monday, September 9, 2019, in the Hall of Parnassos Literary Society. 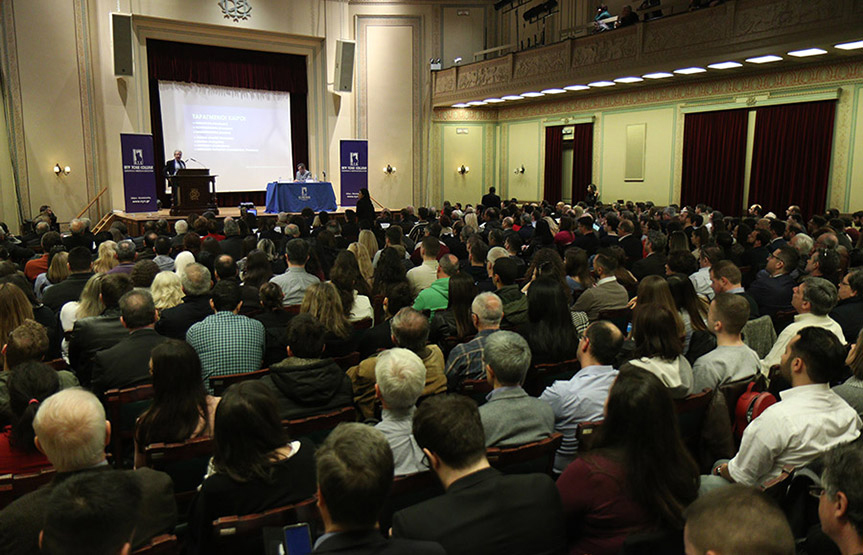 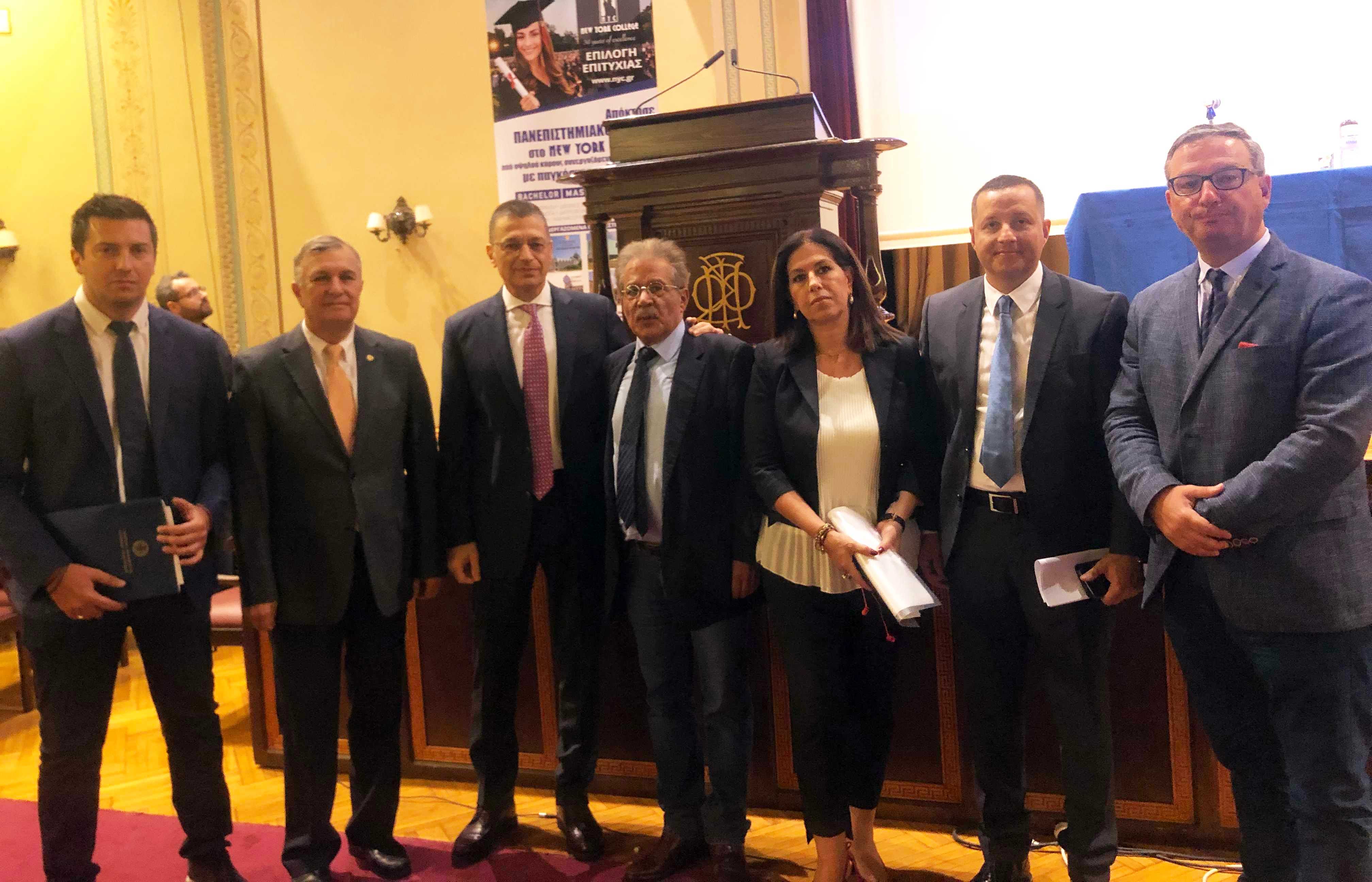 Dr. Christos Diamantopoulos addressed the audience, proceeded with an introduction on the subject, posing key questions to be answered by the panel-Speakers.

Speeches and presentations of the attendee Speakers followed, analyzing the way in which Public Administration is linked to the Private Sector, linking its importance for the country’s productive reconstruction and development prospects.

They extensively underlined their proposals on bridging skill gaps for government executive officers, as well as how they can collaborate to reskill employees.

They presented proposals for an effective utilization of human resources and they analyzed the drafted Government plan for the Executive Branch of the government.

Mr. Bourandas emphasized the essential role of leadership for an effective public administration, fascinating the audience with his positions.

The event was concluded with a series of questions posed by the audience, which were answered by the panelists, thanks to the excellent delivery coordination led by Mr. Vergados.

As the topic is very interesting and of particular importance, the Organizers committed themselves to organize more academic events and activities concerning this field of study.